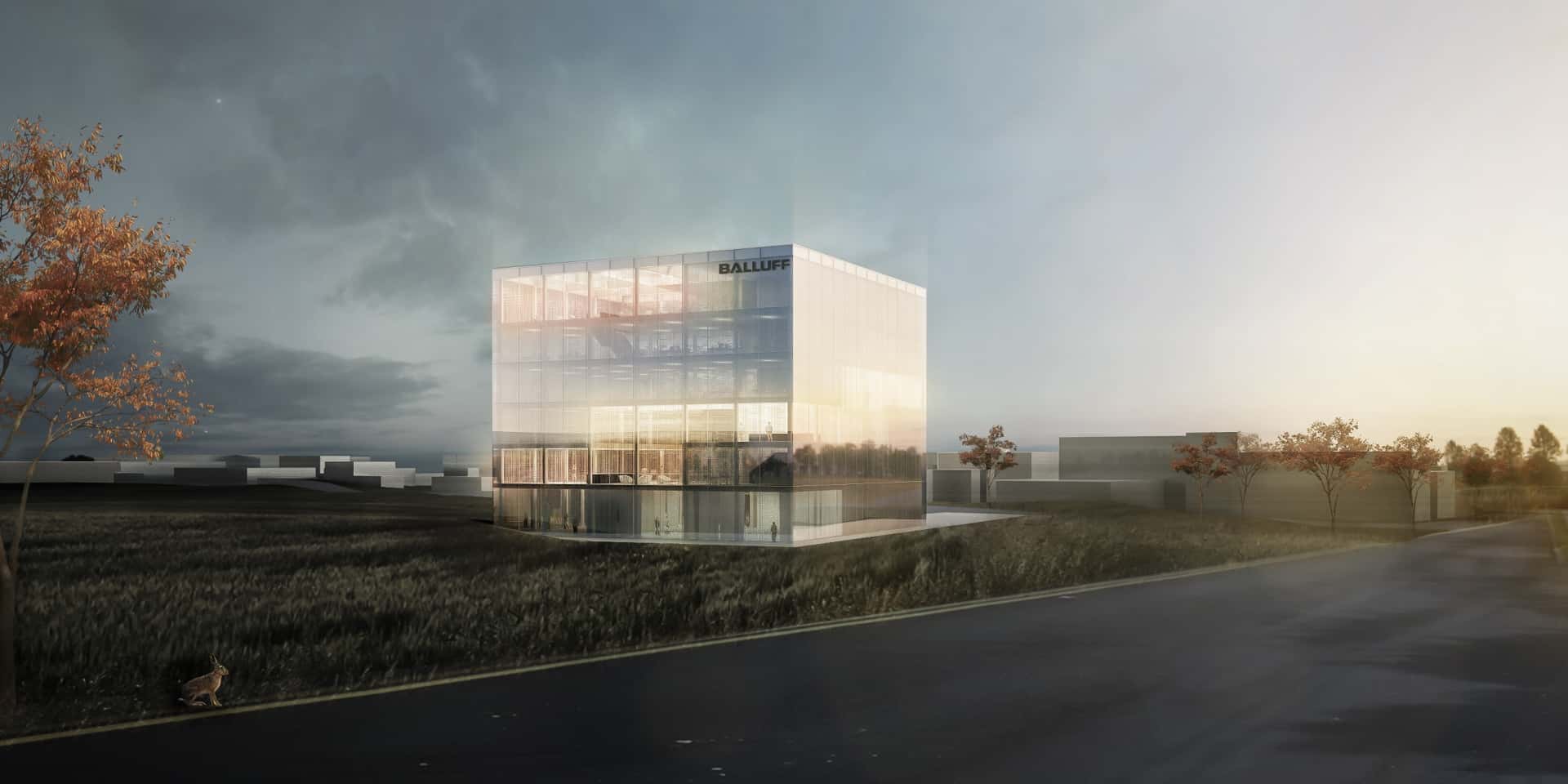 The prestigious new building on Plieninger Straße symbolizes Balluff's dynamism and vision of the future. The offset arrangement of levels lock the building into its surroundings, repeatedly offering new and interesting views of the landscape and company premises. Picture: Grüntuch Ernst Architekten

Automation specialist Balluff presents the plans for its new extended company headquarters in Neuhausen. Construction start is planned for 2019. The new campus will provide jobs for 1250 employees.

Since its foundation almost a century ago, the automation specialist, Balluff has been based in Neuhausen. Due to company growth it was already clear in 2013 that the headquarters would soon be stretched to the limits. The initial idea was to extend the premises on Schurwaldstraße with a focus on logistics and office space. However, since 2015 the emphasis has shifted to the long-term development of the Balluff headquarters. The company decided on an architecture competition to acquire a diverse selection of sustainable and viable solution proposals. From the call issue in August 2017 it took just four months to reach a decision. 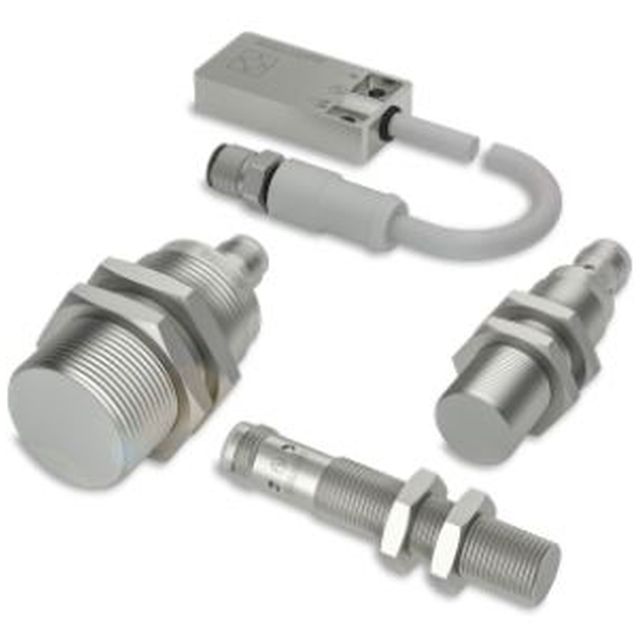 Nine architectural offices submitted their proposals, and at the beginning of December the jury of eleven unanimously selected the innovative design by Berlin architects, Grüntuch Ernst Architekten. The two-phase concept envisages the extension of the existing headquarters on Schurwaldstraße with an innovative office and development building and a prestigious head office with integrated customer and training center on Plieninger Straße. The concept was presented in January to the Neuhausen town council. Construction start for the office and development building is planned for 2019. The building project is one of the largest investments in the company’s history.

The two new buildings reorganize the existing Balluff company headquarters: in the future the various business units currently spread over different sites in Neuhausen will be grouped together in one campus. Acting as a central axis, the new multifunctional office and development block on Schurwaldstraße forms the power hub of the new campus. Standing up to twelve meters high, the building's typology with its hall-like structure is reminiscent of a factory. A wide central ramp as internal artery, open communication areas and the new company restaurant provide central meeting places for Balluff's employees.

Approaching from the motorway, the extension to the company headquarters on Plieninger Straße will form a prominent landmark with its striking dynamic structure. The outer appearance of the new building is understated, while inside the innovative concept juxtaposes introverted closed rooms with extroverted communication spaces. Covering an area of 1100 square meters, the new building offers conference, event, office and meeting room facilities. As Armand Grüntuch, co-owner of architectural office Grüntuch Ernst, Berlin says: "Both buildings speak the same basic language in architectural terms: the juxtaposition of formal office space and informal areas for movement, inspiration and interaction to promote team spirit and collaboration.”

The new building is the logical consequence of Balluff Group's steady growth. With more than 3600 employees worldwide and revenues totaling € 378 million annually in 2016, the automation specialist has long enjoyed continued growth. In the past five years alone, the workforce at the Neuhausen site has increased by around 38 percent to more than 1000 employees.

The new extended headquarters provide the possibility of concentrating jobs in one campus in the long term, shortening distances at work and reducing traffic. "This concept ideally maps our growth and visionary future alignment: modern workplaces which foster communication and collaboration in projects and provide creative space for innovative work," says Balluff's Managing Director Katrin Stegmaier-Hermle in explanation of the company's choice.

With more than 1000 employees at the site, Balluff is an important employer in Neuhausen and the entire region. As pacesetter of Industry 4.0 the automation specialist secures quality jobs in the long term. "The investment in the extension of our headquarters, a milestone in almost 100 years of company history, is a clear expression of our commitment to the Neuhausen community," says Katrin Stegmaier-Hermle. "We involved the town from a very early stage and at all points along the way, and greatly appreciate this open and close cooperation."

Neuhausen town council is also delighted with the new building project. "We are of course extremely happy that the Balluff company is renewing its clear commitment to Neuhausen with the new building. The new building, a prominent landmark, which can be seen from afar, represents a huge opportunity. Both for the company to enhance its status, and for the town, because the project is sure to become another urban planning and architectural highlight. The Balluff company simply belongs to Neuhausen – and we are proud of it," adds mayor Ingo Hacker. 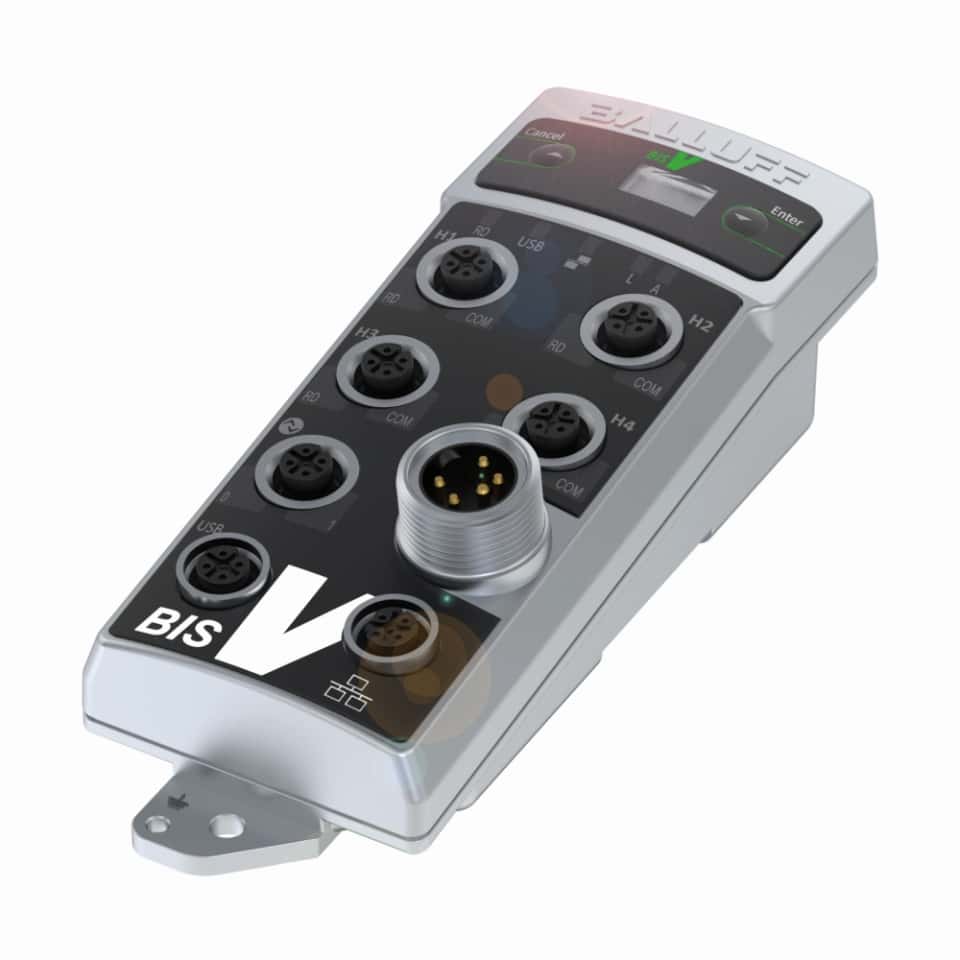 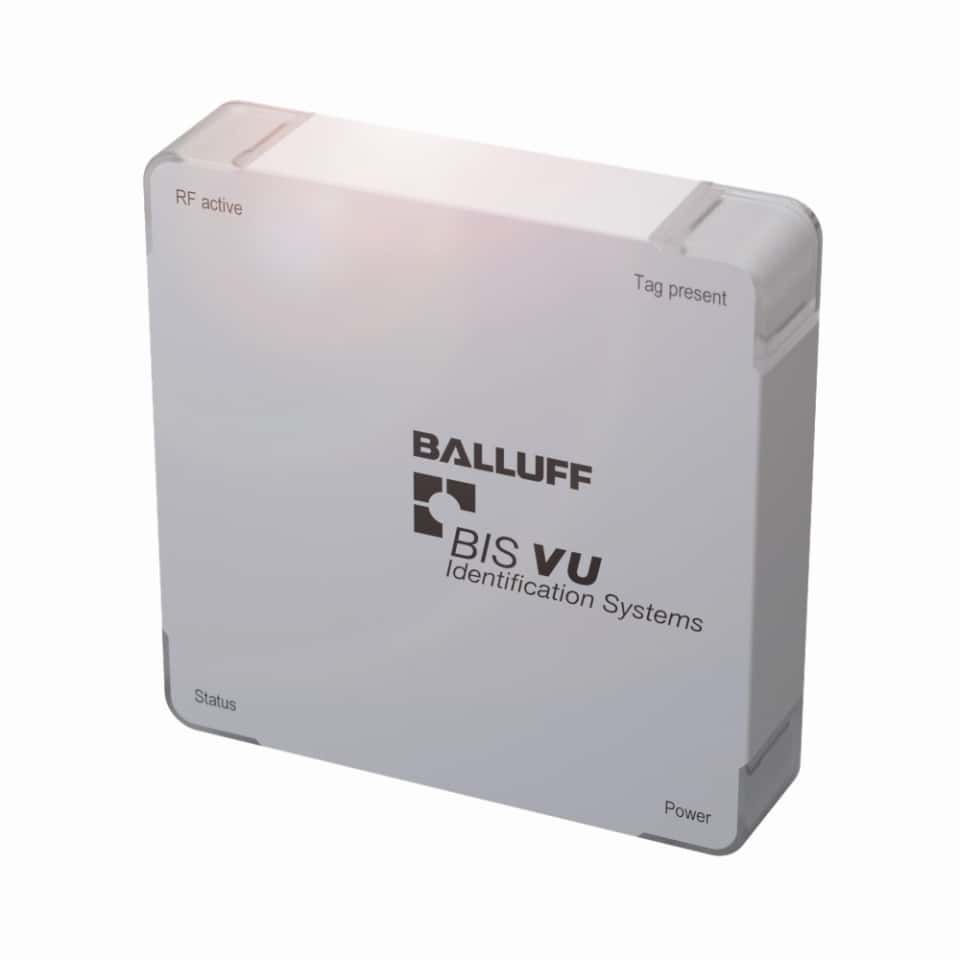 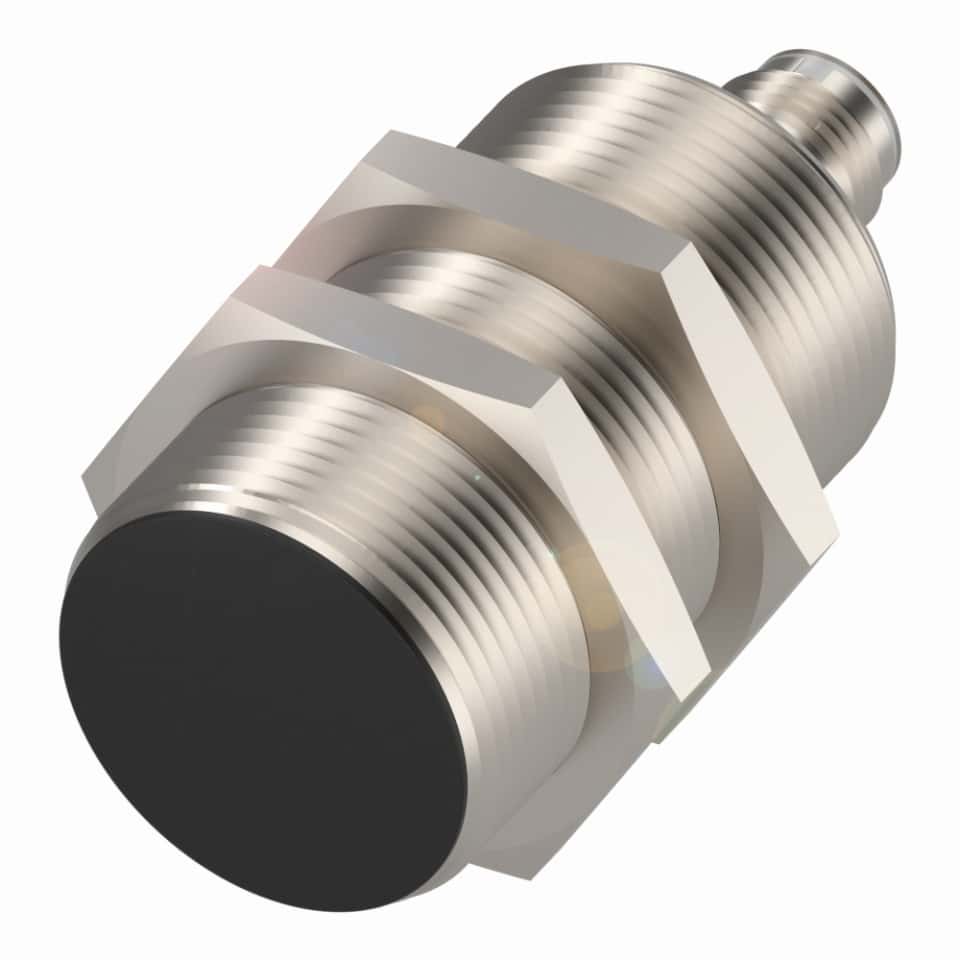 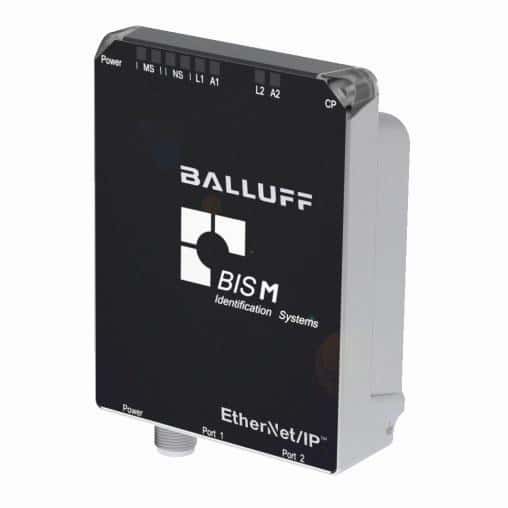 Products
13.56 MHz All-in-One Reader BIS-M
Gerhard Matzke
Product Manager
Neuhausen a.d.F., Germany
The German Magazine for RFID & Wireless IoT
The English Magazine
The Biggest RFID & wireless IoT Event in Europe
Get in Touch
Brochure
Cookies are necessary to provide you with our services. By continuing your visit on the website, you consent to the use of cookies.
More information Ok