Within three years: an electric car ready for series production, the development of an e-bus for autonomous driving, and a 5G factory network put into operation. What happens next at e.GO Mobile?

5G in Use Before 5G Even Exists!

Industry debut in Aachen: A self-sufficient 5G mobile radio network is used for the first time in the German automobile production. Realized as a campus network in the 16,000 square meter Factory 1 of the automotive start-up, transportation vehicles, machines, and tools are to provide and exchange information almost in real-time.

The goal: an agile production network that reacts proactively to changes.

Patrick Rülke, Team Lead Production-IT at e.GO Mobile, reports on 5G-based use cases that contribute to the transparent and quality-assured production of the first series-produced e-car in Germany.

The 5G network is the basis for networking processes such as container management, component supply or AGV control as mobile assembly assistants, and the UHF RFID, sensor and camera systems used for this purpose.

Not in Wolfsburg, Stuttgart, Ingolstadt or Munich - the revolution in automotive engineering takes place in Aachen. Founded in 2015, e.GO Mobile was the first manufacturer to integrate a 5G-based infrastructure into automobile production.

In this mobile networked production, materials are identified automatically, in a contactless manner after delivery via a special RFID interface and then transferred by mobile technology in real time to the online production system. Using the same RFID technology, vehicles are detected at the start of production.

Once the vehicle has been identified, the assembly process for the required materials and software begins according to customer requirements. Since large amounts of data are collected and processed during the series production of the e.GO Life, 5G technology must be used.

Production of e.GO Life in One Factory

The entire aluminum body is welded and assembled here, before it is transported to Factory 1. The body and various load carriers in Factory 1 are equipped with RFID tags that enable Kanban logistics between Factory 1 and Factory 2. In this way, the e.GO Life can also be precisely located and traced back from the start of production until delivery to the customer.

Because the e.GO Life has so far only been produced in small series, low-tech production with low vertical integration is completely sufficient. All components that are already available on the market are purchased and assembled in the factory. The final assembly in the line, for example with the powertrain, can be classified as much less complicated overall, as Patrick Rülke explains: “The electric car is less complex. We have a front axle, a rear axle, and a battery. There is no mechanical connection between these pre-assembled modules, so the assembly of the vehicle is not difficult." For the most part, the vehicle remains on a mobile driverless assembly assistant, an AGV (Automated Guided Vehicle), during assembly and moves independently through production.

One IT Production System for All Processes

For a still developing production process like the e.GO Life, high digital consistency is of crucial importance. "Because the company is so small, our modification processes are very fast. We were looking for a technology that was fast, flexible, and that would enable high digital consistency." e.GO Mobile obtains the gates from Sick. The fact that the entire production data can be collected and evaluated with a single system is an advantage that e.GO Mobile fully utilizes as a start-up.

5G in Use Before 5G Even Exists

For the first time in the history of the auction procedure, a certain area was excluded from the 5G frequency auction to four mobile communications providers licensed by the Federal Office. Companies will be given the opportunity to obtain their own 5G licenses. 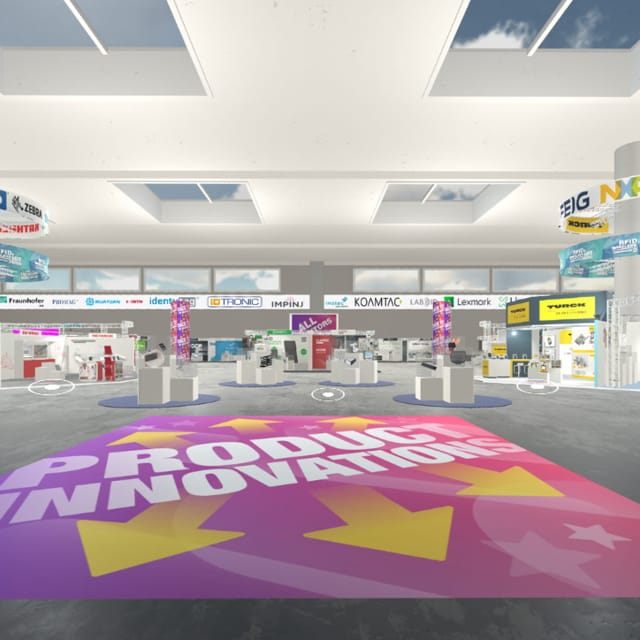 This form of frequency allocation will make it possible to set up so-called campus networks in which companies are no longer dependent on the cooperation with a mobile network operator. e.GO Mobile has opted against this possibility to request its own 5G frequency.

For Patrick Rülke, this is a decision that permits an early start: "With Ericsson and Vodafone, we have found partners who can keep up with the pace of our development. Now it's time to take advantage of the benefits of using a private 4G/5G network. This is the key."

Patrick Rülke takes a differentiated view on setting up campus networks with private licenses: “The industry now has the choice between operating its own 5G network or cooperating with a network operator. That is a good thing. It will become clear which approach suits which company.”

From the time the factory was built, it was planned to put a 5G network into operation. The infrastructure for the 36 radio antennas and radio dots was therefore installed at an early stage.

The providers for this are Vodafone and Ericsson. In the near future, by January 2020 at the latest, the factory should be 5G-ready, so that the high rate of change can be efficiently reflected in production. Furthermore, Patrick Rülke sees the potential that Mobile Edge Computing (MEC) can be applied to save costs: "We expect MEC applications to contribute to our quality assurance in image processing. It will be possible to use more cost-effective cameras. MEC integration will provide the functionality of a smart camera."

Agility is the Key to the Factory of the Future

"Based on our innovative production concept, an agile automobile factory can anticipate changes and react proactively," emphasizes Patrick Rülke and explains: "A horizontal factory integration supports the realization of a production network from the workstations and the required production equipment via the production line to the entire factory – all processes are interconnected to a high degree. In order to establish such an agile production network, 5G is an elementary technology."

E.GO Mobile is an automobile manufacturer from Aachen. The company was founded in 2015 by Günther Schuh from RWTH Aachen University, who holds the Chair of Production Systems at the university. e.GO Mobile is currently producing the e.GO Life e-car and is preparing the e.GO Mover – a small electric bus with space for up to 15 people – for series production. Construction of the production facility began in 2016 and was already presented to the public in 2017.

The compact four-seater electric car e.GO Life is available for less than 15,000 euros after the deduction of the Eco-rebate. According to a company press release of the company from the end of November 2019, 600 vehicles will be delivered to customers by the end of this year. More than 400 orders and 3,100 pre-orders have already been placed.

e.GO Mobile employs 550 people in two factories, one R&D center as well as its headquarters. A third factory, in which the e.GO Mover electric bus is to be built, is currently being planned. For the development and production of the e.GO Mover, e.GO Mobile has founded a joint venture with the ZF subsidiary Zukunft Ventures. ZF will supply the electric propulsion solution, chassis components, and system components for autonomous driving for the Mover.

This article was produced and released by the editorial team of RFID & Wireless IoT Global. The e-magazine is published 6 times a year with 52 pages filled to the brim with information and know-how. We report in detail and up-to-date on the latest technological developments and use cases in the fields of industrial production, logistics, retail, security, medical industry, smart city & consumer IoT, hardware, research and digitisation.