OGTech collaborates with Feig Electronic to provide the Public Prosecution service in Qatar with a comprehensive UHF RFID solution.

“For document tracking, this system is the biggest implementation worldwide. No other place uses a tracking system that includes this many reading points. As far as the Middle East goes, concerning the implementation of RFID technology, it is one of the biggest projects in general.” – Khaled Mohamed Ezz El Din (Picture: OGTech)

All exits, including emergency exits, have been outfitted with readers that track documents that leave and enter the building. (Picture: OGTech)
Previous Next

The Public Prosecution in Qatar has been honored with an award for the largest implementation of RFID document tracking: In a coorperation with the German manufacturer Feig Electronic, the regional branch of OGTech, a local distributor in Doha, Qatar, provides the Public Prosecution with an elaborate UHF RFID system that encompasses 1,006 reading points to allow for improved efficiency and accuracy in document tracking. The integration was executed in coorperation with QCS, a local specialist.

After six months of planning, development, and installation, the system is nearly entirely implemented and in use. Already it provides faster and more accurate file tracking than the previous solution. Through innovative hardware and built-in features like authorization checks, detailed location information and label printing modules cost and time efficency is ensured and errors and delays are minimised. 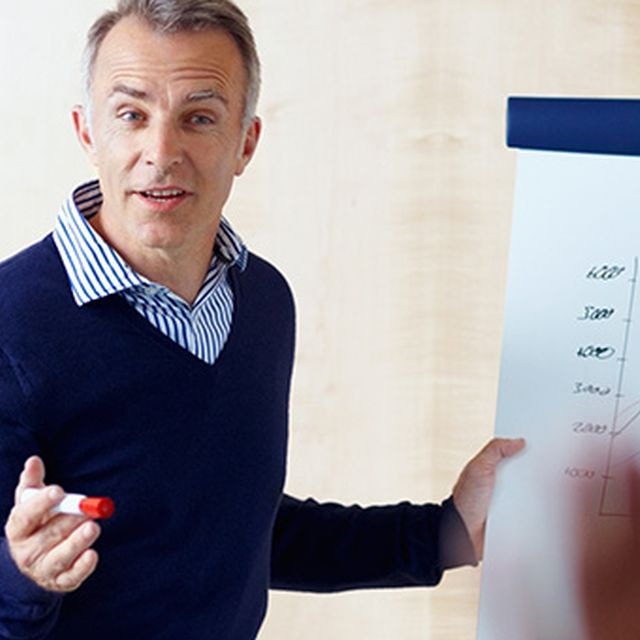 A large-scale project that uses RFID hardware of Feic Electronic

After their move into a new building, the Public Prosecution in Qatar was in need of an improved system of UHF RFID readers in order to track all circulating files. OGTech, as the local distributor, sought a cooperation with the German manufacturer Feig Electronic to create a solution that ensures efficient document tracking. It was necessary to come up with a solution that not only accurately tracks files but works without noticable delay.

Since all documents created prior to the implementation of the new solution are still equipped with the old tags, it is imperative that the new hardware works with these existing labels as well as allows for the generation of new labels.

In need of an extensive RFID system after expansion

About 600-1,000 new files are generated in the new Public Prosecution building each day, which all need to be tagged with RFID labels and added to the data base. Most of these files, at the end of the day, are transferred to the Court. Here, it is crucial to implement a system that does not only track the files, but also reads whether a file has been authorized to be moved outside the building.

With the help of QCS as the local integrator, OGTech supplied the Public Prosecution with 1,006 read points, consisting of UHF long-range readers ID ISC.LRU1002, 8-fold UHF multiplexer ID ISC.ANT.UMUX, UHF long-range antennas, circular, ID ISC.ANT.U270 / 270 and UHF desktop readers with integrated multiplexer ID ISC.MRU102, for 46 floors that can track documents with extreme accuracy, down to the particular desk a file is sitting on.

The middleware provided by OGTech connects 11 antennas at a time. „In theory, 500 antennas could be connected simultaneously,“ Regional Manager Khaled Mohamed Ezz El Din explains, „but in this case, that is not practical.“ In total, about 50,000-70,000 documents are physically available in the Public Prosecution building at any time that have to be tracked by readers.

„For document tracking, this system is the biggest implementation wordwide. No other place uses a tracking system that includes this many reading points. As far as the Middle East goes, concerning the implementation of RFID technology, it is one of the biggest projects in general.“ - Khaled Mohamed Ezz El Din, Regional Manager, OGTech for RFID solutions

Honoured for an unprecedented solution

After being in the works for half a year, the solution that was implemented in September 2017 led the Public Prosecution to be honored with an award shortly after in November by OGTech, Feig Electronic, and QCS for the worldwide largest RFID document tracking implementation. Khaled Mohamed Ezz El Din, who acts as project manager specially for this project due to the project‘s strategic importance, stresses the unusual volume of the project. 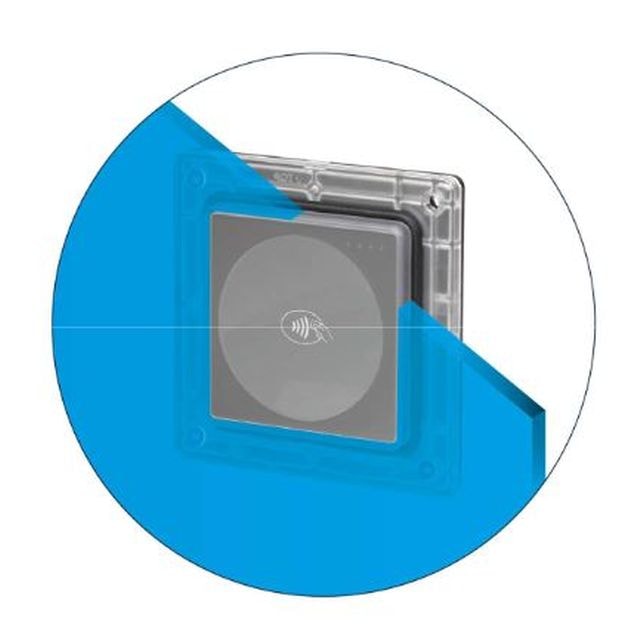 All readers in the building are produced to be circularly polarised instead of left- or right-handed only to ensure cost efficiency and easy maintenance through a single antenna instead of two. In addition to that, each reader is outfitted with an internal buffer that allows for file information to be put on hold in case of a network connection error and then, after the connection has returned, to be pushed forward automatically. This way no information is lost.

The file labels that are generated by the new hardware not only contain the reader tags but also a barcode to ensure efficiency and security. The perfomance of the readers, as opposed to the ones previously used, is noticably improved by the incorporated filtration technique contained in the readers. It tracks the document to a certain location and notes the location in the data base until the document is moved and the new location is noted, avoiding redundant scans.

In order to ensure the highest accuracy when tracking documents within the building, the implementation of the tracking system including UHF long-range readers and 8-channel UHF multiplexers is based on three levels: individual rooms, complete floors including lifts and stairs, and the exits. These three areas of implementation provide a dense network of reading points that can track documents in their exact location and then feed that information to the data base.

Khaled Mohamed Ezz El Din stresses the importance of the incorporation of the old tags into the new system. Instead of equipping all files with new tags, already existing documents including an older tag are still in use and can be read by the newly installed hardware.

Authorisation checks at the exits

All exits, including emergency exits, have been outfitted with readers and that track documents that leave and enter the building. The transfer to and from the Court produces the majority of traffic. The readers automatically receive information on whether a file has been authorized to leave the building or not. If an unauthorized file leaves the building, an alarm is triggered.

To avoid delays, the readers do not check the data base for authorization but rather, the tag on the document itself includes this information. By using UHF mid-range desktop readers, employees can authorise documents to be allowed outside the building. This way, authorisation can also be removed.

All floors, lifts, and staircases are outfitted with readers. Whether a document is moved within the realm of the same floor or across the span of two or more floors, the information of the document tag delivers precise information about the location of the file to the data base through the readers. In addition, all rooms and desks within the rooms are to be equipped with readers that can track the exact location of documents with high precision.

As of yet, about 70% of these readers in the individual rooms have been installed. Khaled Mohamed Ezz El Din estimates the installation to be finished in April 2018.

OGTech already has plans for additional implementation of tracking systems that are made possible by the newly installed structure. In addition to document tracking, three phases are scheduled for future implementations: First, asset management is to be improved and sped up through easier tracking with the new system. Then, the tracking of employeés will follow.

An additional system is to be integrated that allows to track all 600 staff members and includes information about presence and absence of employeés. Furthermore, visitor tracking, similarly to the employeé tracking system, is on the agenda for the future as well. Visitors would be provided with visitor passes that are equipped with an RFID chip and, this way, information can be collected about the number of visitors and length of stay.

A common solution to improve collaboration

Unlike the Public Prosecution, the Court still uses an older RFID system that is not as elaborate, collects less information, and cannot work as efficiently and as quickly as the new solution the Public Prosecution has recently implemented. Khaled Mohamed Ezz El Din expresses his wish for an upgrade to improve collaboration between the two institutions and make the transfer of files easier. He expects that the system will be recommended to the courts after public prosecution practice the high efficiency, performance and utilization of the new system.

As opposed to the innovative system being implemented in the Public Prosecution building, the current system of the Court slows down the constant exchange of files between the two institutions. An update of the Court‘s system would be mutually beneficial for both parties, as it would ensure faster and more secure transfer of files and documents‘ location could be more accurately determined.

An opportunity for growth

The award for the Public Prosecution is not only a great honor for Qatar‘s public sector but also a milestone for OGTech as the local distributor, as Khaled Mohamed Ezz El Din emphasises. Simultaneously, he stresses the importance of collaboration and solid partnership in order to go through with a project of this scale, which he sees not as a challenge but as an opportunity for the company to grow.

„It‘s a very big project,“ he says, „It‘s very unusual, especially in the Middle East.“ He is confident that future projects will benefit from the basis of this successful implementation. His cited plans for additional future system additions confirm that this installation provides for a range of possibilities. It allows for expansion, improved coorperation opportunities with increased efficiency in the everyday procedures.

OGTech, operates as a local distributor of software in Middle East and GCC region. The company offers software for customizable end-to-end RFID solutions and security systems in coorperation with hardware manufacturers, including the supervision of the integration and necessary maintenance and professional services. 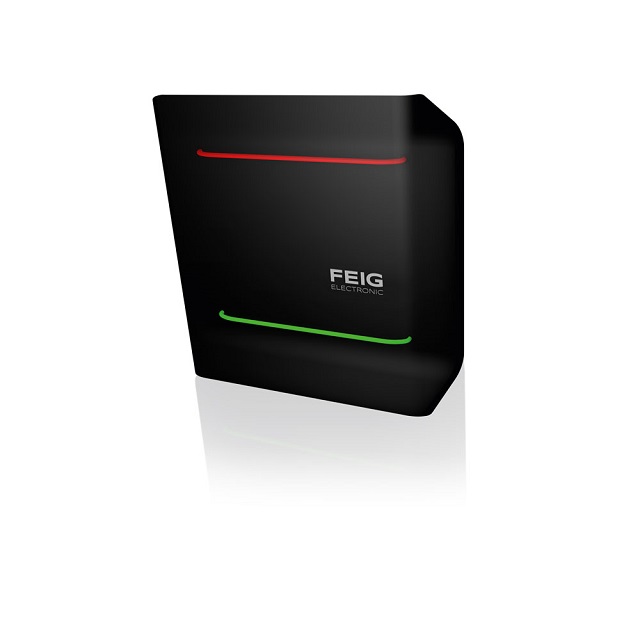 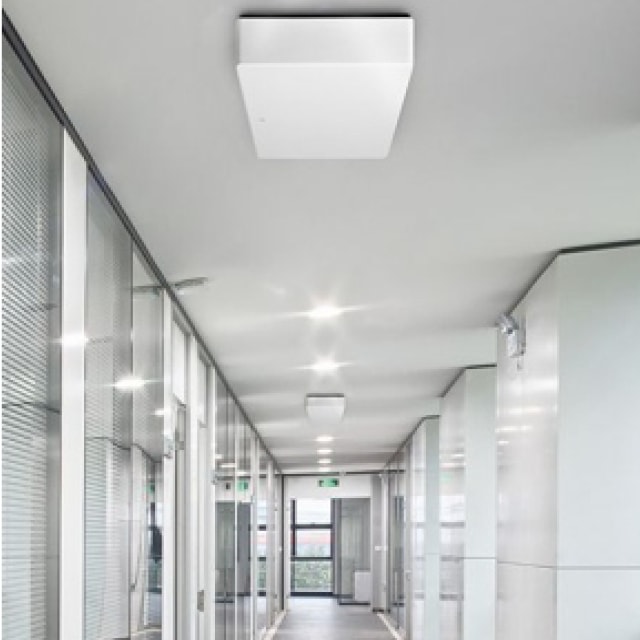 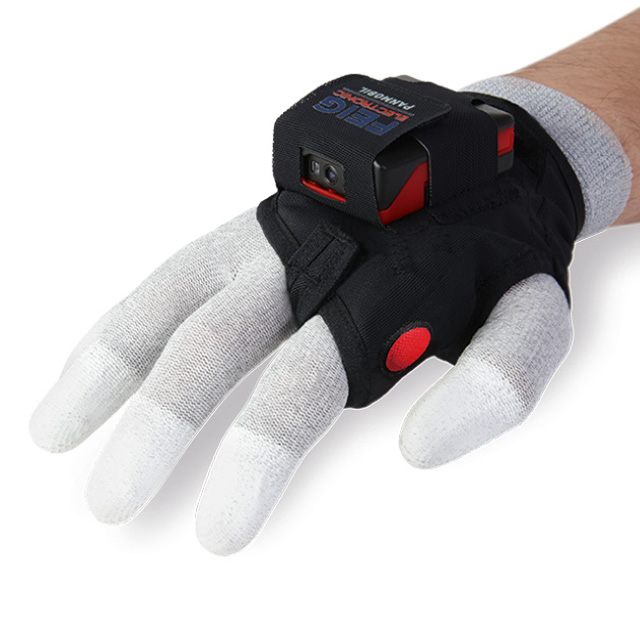 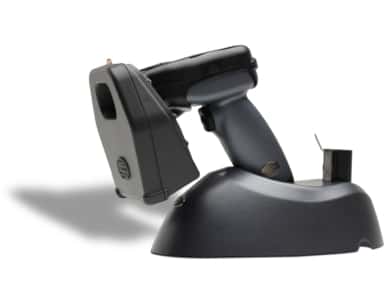 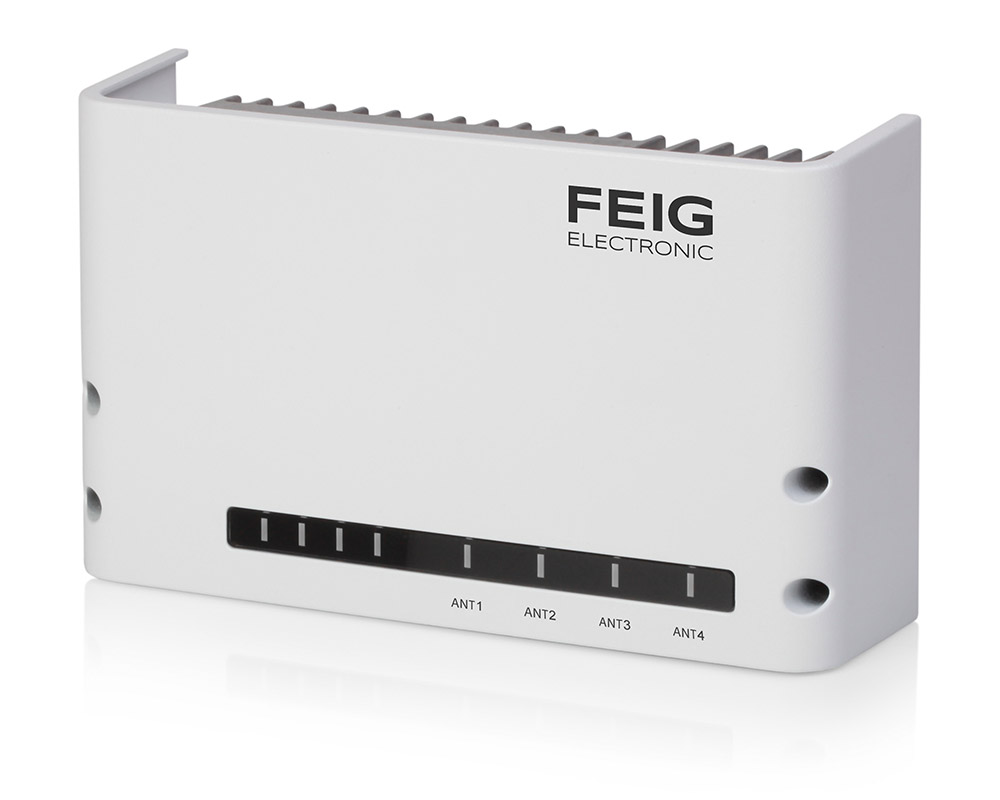 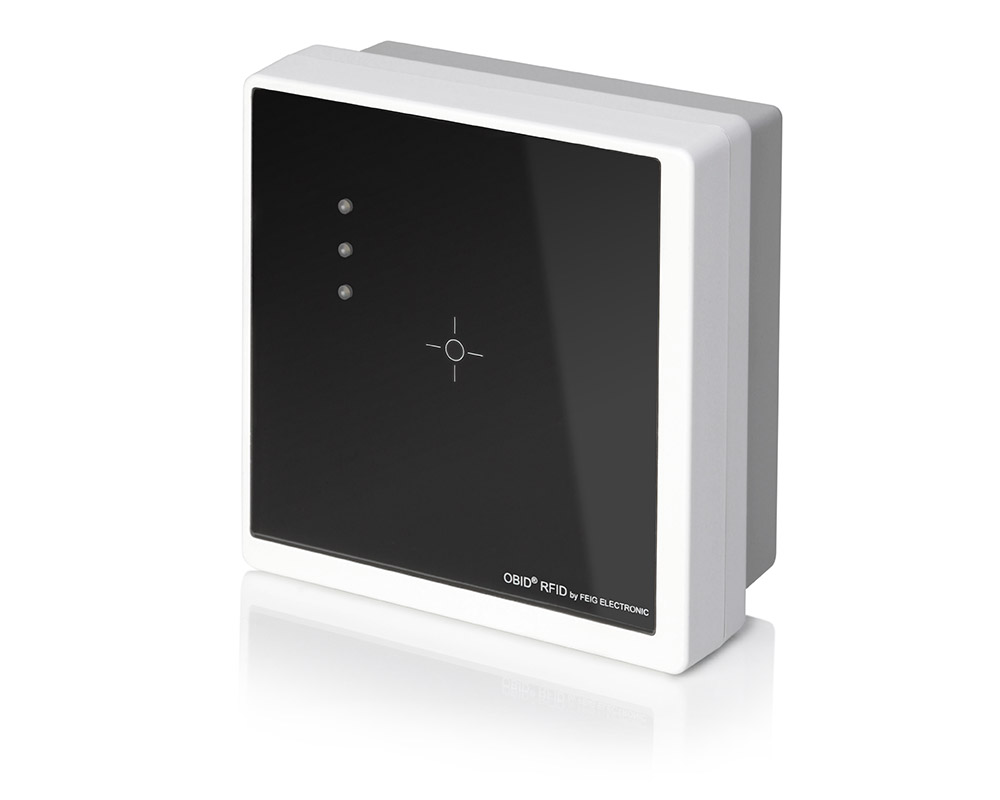 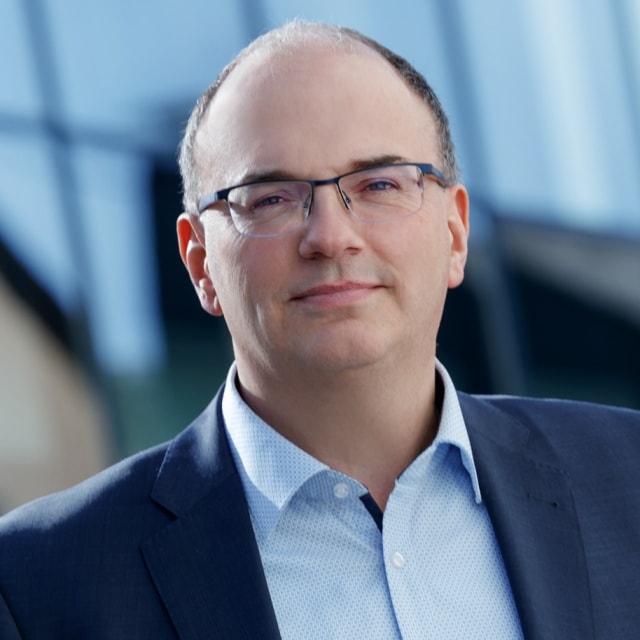 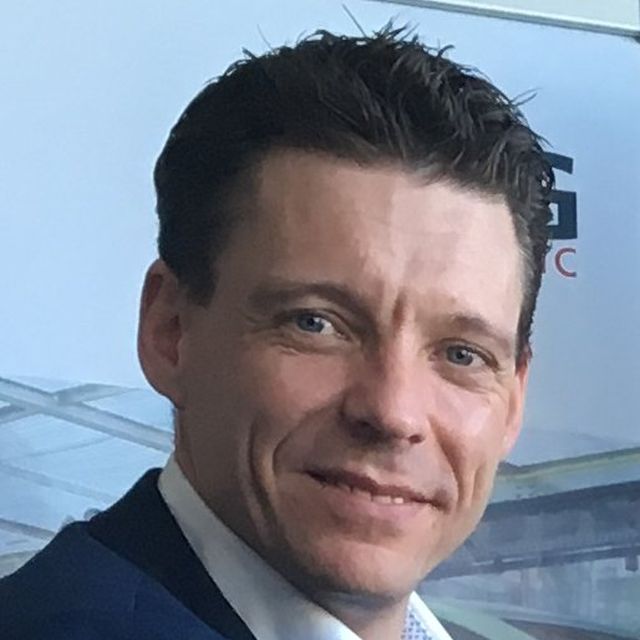 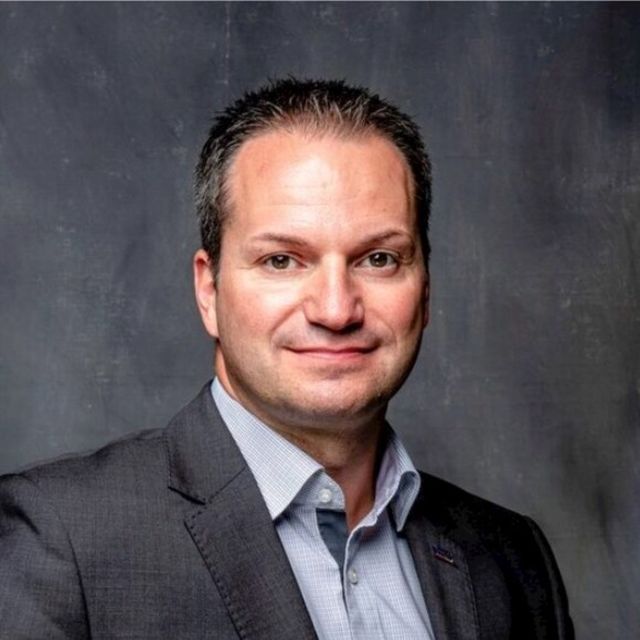 Sascha Schöll
Key-Account-Manager Identification / RFID
Weilburg, Germany
The German Magazine for RFID & Wireless IoT
The English Magazine
The Biggest RFID & wireless IoT Event in Europe
Get in Touch
Brochure
Cookies are necessary to provide you with our services. By continuing your visit on the website, you consent to the use of cookies.
More information Ok