The Polish fashion company LPP uses RFID hard tags in order to provide physical protection against theft and optimise the supply chain – and it is only the beginning of the RFID “programme”.

“The technology makes it possible to work more efficiently and accurately, reduce errors, and speed up counting and searching processes. The workers can focus on the more important task – providing a service for the customer.” – Rafał Zaliński, LPP (Picture: LPP)

The RFID rollout in 500 stores of the LPP brand "Reserved" is expected to be completed by the end of 2019. (Picture: LPP)

RFID is an essential building block in transformation of LPP – from a fashion company to a retail technology company. (Picture: LPP)

All current and upcoming distribution centres of LPP are equipped with an RFID infrastructure. (Picture: LPP)
Previous Next

The company is turning into a retail technology expert

With five brands that are being sold in more than 1,700 stores, LPP is represented in over 20 countries. In 2017, the wide-area RFID project was initiated. The aim is to have prepared 500 stores and the distribution centre in Danzig for the implementation of RFID by the end of 2019. Currently, the use and integration possibilities are being tested in three stores of the “Reserved” brand. The planned rollout including POS integration is to be completed within only 13 months. The company introduced a software is being developed by their own IT department.

In an interview with RFID & Wireless IoT Global, Piotr Dopierala, Group Logistics Director at LPP, and Rafał Zaliński, General Manager EE Regional Development and Project Manager of RFID implementation at LPP, do not only talk about the status quo of the tests and decision regarding the use of RFID hard tags but also about the future steps after creation of an RFID basis. In addition to the optimisation of supply chain processes and the physical security of the products in the stores, the logistics experts of LPP already envision customer experience applications like smart mirrors in changing rooms. 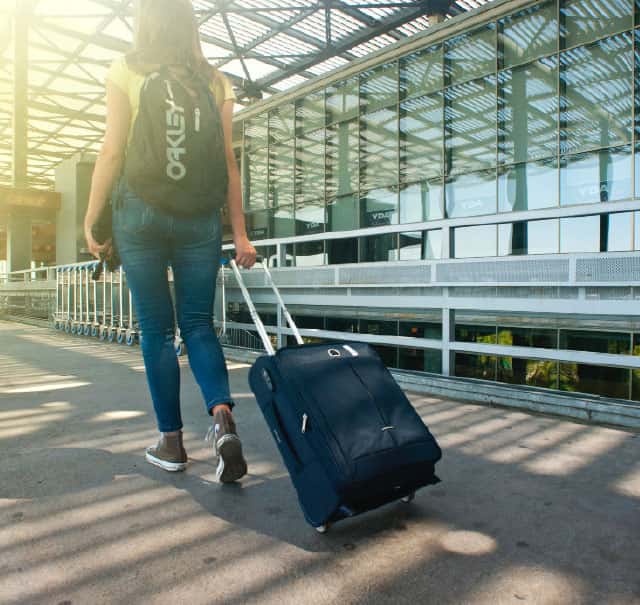 1,700 fashion retail stores in over 20 countries

Since the founding 27 years ago, the fashion company LPP continues to grow and manages nearly 1,000 retail stores in Poland alone. The company is expanding internationally as well: LPP have opened approximately 700 stores over the past few years in Russia and Eastern Europe especially but also in Western Europe and Africa. Globally, the company is represented on three continents in 22 countries and, as of 2017, has an annual turnover of 1.6 billion euros.

The possibilities of new markets is one of the company’s aims. Particularly in the field of ecommerce, the company aims to satisfy its customers by implementing further infrastructures: The turnover stemming from e-commerce increased by 108 percent between 2016 and 2017.

In order to reach the self-defined, ambitious expansion goals – offline and online – the entire logistics process has to be improved, according to Zaliński. “With the increase of e-business, the demands for the distribution logistics have changed. In order to fulfill the requirements, LPP will expand its distribution centres. As far as systems go, our current focus is on our RFID programme. 'Programme' because it does not only concern one department but is rather holistic in nature and goal.”

The planning of a widespread RFID implementation began at the beginning of 2017 – all in all, the implementation is not supposed to take longer than two years from the first idea to project completion. Piotr Dopierala says, “In Eastern Europe, there are barely any implementation projects like the one LPP is planning, especially not in this scope.

Therefore, we are always interested in improving our skills and experience the dialogue with other companies. This way, new ways of using RFID can be envisioned. The first step now is to outfit 500 “Reserved” stores as well as the logistics centres. Above all, this rollout with make it possible to optimise the general processes and increase efficiency. We would like to use RFID in a broader context in the future in the fashion retail sector.”

Concerning the type of RFID tags, LPP has decided on reusable RFID hard tags. The benefit of such a system is the combination of the tags with a security system for clothing items. Zaliński says, “In our stores, we value security. Hard tags are a suitable solution to assure the security of the store items. It is only logical to make use of an all-in-one solution that allows not only for protection and security but combines it with RFID functionality – all in one tag.”

In March of 2018, the pilot project moved into three selected stores in order to gauge the integration options and the necessary improvements that need to be made to the system before the widespread implementation of the technology. In those pilot stores, 100 percent of clothing items are tagged so the tests can be carried out under realistic circumstances.

“We are still in the pilot phase but aim to have completed it by the end of 2018 and begin rolling out the system. Until then, practical details of the system solution have to be adjusted. For example, we have to avoid overreach of the RFID reading between the front and the back of the store. Within the next ten to eleven months, the solution is to be implemented in all 500 stores of the Reserved brand.” The first deliveries of RFID-tagged wares for the summer season of 2019 are expected to come from the production plants in Asia by November 2018.

Security and tagging in one programme

The RFID hard tags are coded in the distribution centre. Upon delivery of the wares, the typical way used to be to note the number of items. As soon as the goods have been delivered, the coding and the rollout can be realised after a successful phase of testing. “We already see great potential for the coding of the tags directly at the clothing production plant.

This way, control over the entire supply chain right from manufacture can be achieved,” says Dopierala about the planned system expansion. While other companies opt for solutions like paperback or textile RFID labels, LPP implements hard tags in the textile sector. “Therefore, we call it an RFID “programme”. It is more than an isolated project because we implement two simultaneous processes – item security and in-store and supply chain optimisation,” says Zaliński.

Tagging during production, coding in storage

During the realisation of the RFID programme, LPP worked together with Checkpoint Systems which provided the necessary RFID hardware and knowledge about RFID processes. Meanwhile Vanderlande updated the infrastructure of the distribution centres.

Zaliński describes the process: “We use the RFID tunnels that are installed above the conveyors in the warehouses. While the boxes with goods pass through the tunnel, the tags are encoded with the information necessary for the in-store processes.” The installations in the warehouses have already been completed and are ready to be used as soon as the first wares arrive. “Even little details like the speed of the conveyor has to be tested thoroughly and calibrated accordingly. There is no blue print for this sort of things that we could have copied,” Dopierala explains. The communication with the delivery companies is not a new challenge. “ The implementation is not complicated and does not require any additional effort on the manufactures' part, as long as no coding of the integrated RFID chips takes place.”

Cloud and POS integration in the store

On the store level, the RFID system helps to monitor the stock and optimise the inventory process. With a cloud service, that stores the information of all stores, the logistics centre can check and update the inventory in real time and initiate proactive actions. The target-oriented replenishing of the stock becomes easier for the salesperson as well.

“Our workers know exactly where a specific item is being stored so it can easily be replenished in the store,” says Zaliński. “Our stores are technologically optimised so that they provide an ideal environment for receiving radio waves. This was part of the pilot phase. Another important aspect was the complete integration of the cash system in order to assure control over the monetary holdings.”

RFID handhelds are used in stores to keep stock of items. In order to familiarise the store workers with the devices, LPP established a team of 70 RFID experts and opened a training centre in Danzig for the store managers as part of further education. As of now, there will be an exception when it comes to tagging the wares.

“Smaller items like accessories and jewellery – due to their metal nature – will not tagged with RFID tags, at least for now. Shoes will be outfitted with their own specialised tags – soft tags, presumably. These are details that we still have to decide on and find a solution for after the rollout. All in all, we can say that these issues only concern a small percentage of our wares,” assures Zaliński.

The company is turning into a retail technology expert

According to Dopierala, current market developments show companies striving for innovative technologies. In order to guarantee high customer satisfaction in the future, investments into this field become increasingly necessary. Zaliński says, “The integration of RFID data in our ERP system was not a challenge for us, as opposed to some of other companies that operate in this field. This is due to our knowledgeable IT department that is comprised of several hundred employees. Even before the initiation of the RFID programme, a mobile application was developed that helped to manage the wares in our stores. RFID is now the basis for the optimisation of this system.” The main challenge that had to be overcome – according to Dopierala – was the collaboration. “We work together with numerous different players. Finding a single system that works for all departments and benefits everyone was the difficult part. This is the reason why he decided to focus so intently on IT.”

On the basis of the 2019 rollout of the RFID infrastructure, the company plans to realise more projects in the future. “We want to install RFID antennas in changing rooms. The goal is to read the items that are brought to the changing room and which items are actually purchased afterwards. Smart mirrors that offer recommendations to the customer, based on their selection, are a possibility for the future,” says Zaliński.

Dopierala adds, “The technology makes it possible to optimise an omni-channel distribution system. Since we aim to work together more closely with online shops and physical stores in the future, we expect the RFID implementation to offer synergy effects like higher flexibility and an improved delivery service for the customer.” The effort that is now put into the wide-area RFID implementation, is rooted in the growth goals of LPP. Dopierala says, “We aim for an annual intensive two-digit growth. In the newly opened stores, RFID needs to be the standard. Currently, we have adjusted our processes in order to move these developments along.”

Jan Phillip Denkers
Deputy Editor-in-Chief
Lüneburg near Hamburg, Germany
The German Magazine for RFID & Wireless IoT
The English Magazine
The Biggest RFID & wireless IoT Event in Europe
Get in Touch
Brochure
Cookies are necessary to provide you with our services. By continuing your visit on the website, you consent to the use of cookies.
More information Ok