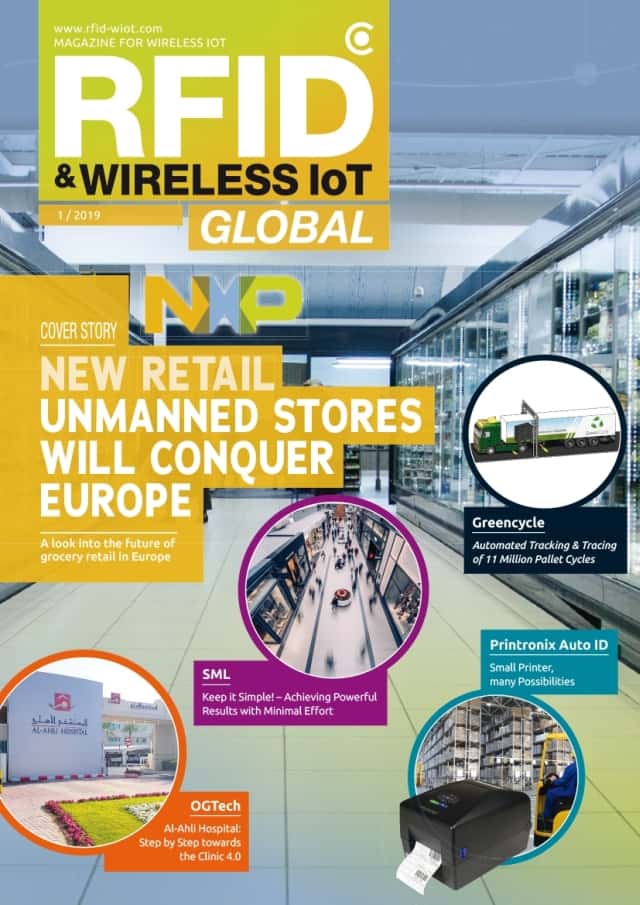 Focus on Healthcare and Retail

Use cases with Merck, VTT and Al-Ahli Hospital as well as content from Checkpoint, Mammut, Ocado and Greencycle highlight technology trends for 2019: Unmanned Stores, UHF RFID based employee controlling, robotised grocery shipping and many more!

A popular tradition at the turn of the year has been lead casting - now banned due to the high lead content and the pollutants given off during burning - and fireworks, which continue to be popular today. But good New Year’s resolutions are also part of the celebrations.

Dealing with New Year's resolutions is a mixed bag: All too often they are born out of a celebratory mood or from an emotional look at the New Year, only to be thrown overboard on 10th January. Often the good intentions were unrealistic from the start, especially when trying to improve something that should have been fixed for years already or putting a long-standing wish into action. As if the turn of the year had a permanent inherent power that you only have to tap into and your wish comes true.

We all know this is not how it works. Nevertheless, I could not completely escape the magic of New Year’s resolutions - but not on the level of 'desire', according to the motto 'I wanted to implement this for a long time already', but on the level of 'task'.

I'm not planning to sing the praises of the good old days at the home fireplace with the fairytale hour and baked apples. Far from it. My impulse goes rather in the direction of consciousness of the power of human judgement. Understanding technology, using technology wisely, and using technology to the advantage of many or the betterment of all. This requires a closer look.

And this is my New Year’s resolution: Not only receiving and listening, but actively asking questions. Questioning the facts precisely, checking answers, helping to design systems, designing concepts, devising plans. I wish all of us to take a curious and open-minded look at the small and large changes to the world and to build an awareness that it all depends on us and the questions we ask.

Immanuel Kant is oldfashioned with regard to his image of women and his opinion on freedom of religion, but the doctrine "Dare to make use of your own understanding" is just as relevant today as it was 250 years ago.

Table of contents
Don't have an account?
Login to read the magazine
The German Magazine for RFID & Wireless IoT
The English Magazine
The Biggest RFID & wireless IoT Event in Europe
Get in Touch
Brochure
Cookies are necessary to provide you with our services. By continuing your visit on the website, you consent to the use of cookies.
More information Ok