Success Story by Turck Vilant: Pump up the volume at ABB

Vilant Systems was Registered as a Company on 7 January 2002.

Everything started out as two engineers’ passion for efficiency and their endeavor to help large companies optimize their processes. The company soon found its first customers who needed help with data collection and making sense of the data collected. In the early years, the young entrepreneurs would tailor each project from scratch, selecting the perfect technologies to meet the customer needs.

Yet soon it became apparent that RFID was the technology most often at the heart of the solutions. With trial, error, hard work and determination, the entrepreneurs were able to grow the company and to be recognized as RFID experts within the small RFID community just building up in the early years of the 2000s.

Ville, Antti and their team set out to provide excellent customer service. Sometimes this meant apologizing for late deliveries or mistakes in extraordinary methods such as in the picture right. This is RFID pain remedy – in reality Finnish Koskenkorva (vodka-type beverage) delivered to users to help with their frustration with the system’s issues.

After initial hiccups however, this is one of the most long-term Turck Vilant Systems customers still using the system, which now works flawlessly.

The company started expanding first in Europe and later, with the help of some internationally operating customers, to other continents too. With the continued international success the company gained the recognition from other players on the market, larger ones.

And in 2017 it was time to take a leap to a new world as the two entrepreneurs agreed to sell the company to Turck, a German family-owned automation company with own offices in over 30 countries. As a part of Turck Group, the next 20 years look very international and very promising for Turck Vilant Systems. 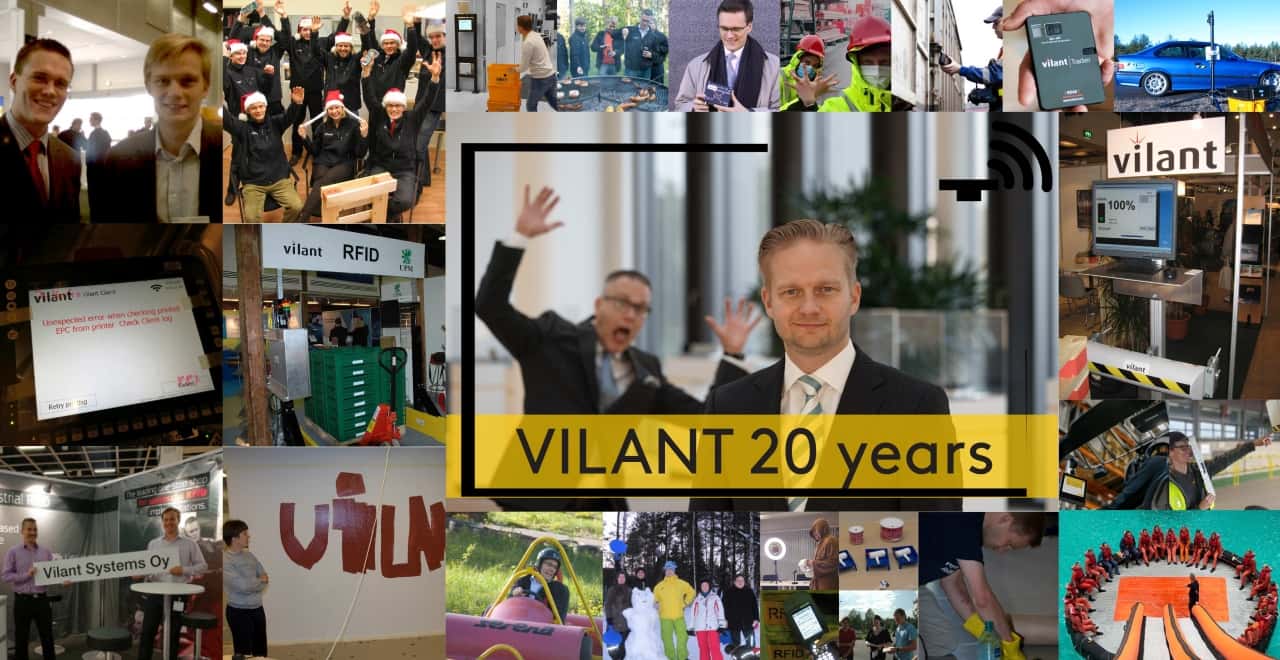 Heiko Tiedmann
Business Development Director
Frankfurt am Main, Germany
Jessica Säilä
Marketing Manager
Espoo, Finland
Martti Pinomaa
Business Development Manager
Frankfurt am Main, Germany
The German Magazine for RFID & Wireless IoT
The English Magazine
The Biggest RFID & wireless IoT Event in Europe
Get in Touch
Brochure
Cookies are necessary to provide you with our services. By continuing your visit on the website, you consent to the use of cookies.
More information Ok