With a horizontal integration of vertical process optimisation, Seat pushes forward the digitisation of its outbound logistics.

At Seat's headquarters in Martorell, Spain, a finished vehicle rolls off the assembly line every 40 seconds on average – this demands frictionless logistics processes to avoid congestion, errors, and damage. (Picture: SEAT)

Today, the loading areas on the Martorell plant site are equipped with RFID reading points throughout the entire facility. (Picture: SEAT)
Previous Next

Bringing the distribution IT up-to-date

Before, the area's RFID, plate reader, and paperless distribution were developed vertically. Connecting established processes with the help of the new IT system allows the creation of synergy at the outbound logistics. 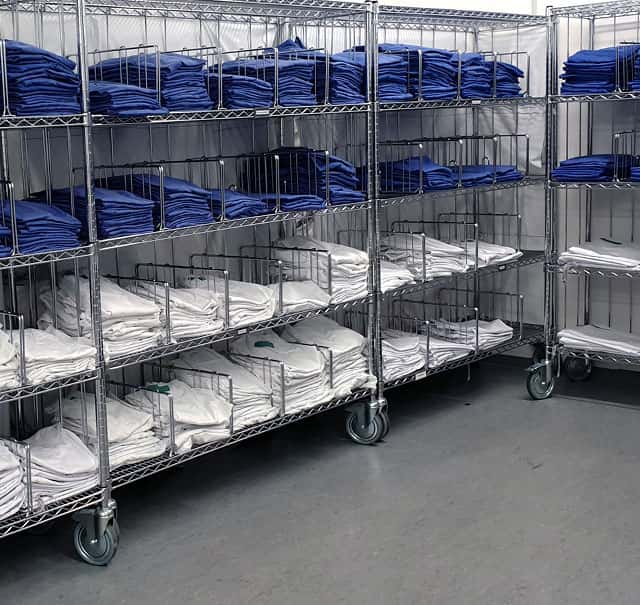 Founded in 1950, car manufacturer Seat has been owned by the Volkswagen Group since 1986. Since its founding, the Seat headquarters have been located at the main factory’s site at Martorell, Spain. In 2017, the company sold 468,000 vehicles globally, this being a 14.6 increase compared to the previous year. Every fourth car sold goes to Germany, a growth of 11 percent compared to 2016.

Seat recorded a profit of 191 million Euros, 24.8 percent more than in the previous year, and a total turnover of 9.9 billion Euros ( 11.2 percent growth). The company has two production sites in Martorell and Pamplona, Spain, at which, apart from those of Seat, models of the brands Audi and VW are also manufactured. On top of that, Seat vehicles are also produced at the multi brand factory in Relizane, Algeria, as well as other factories in Portugal, Slovakia, and the Czech Republic.

With disruptive process optimisation to a competitive advantage

In digitising outbound logistics processes, Seat took a disruptive approach. In the eyes of Manuel Medina, this was the right way to meet current and future challenges.

“Our customers, no matter whether end-consumers or intermediate customers, demand increasingly transparent and consistent logistics. A single distinct expertise in digital technologies such as predictive analysis, automation with robots, advanced machine learning, or IoT undermines the goal of meeting the market requirements.”

In order to realise a sustainable advantage in the market environment, an effective integration of digital technologies at the outbound logistics is inevitable from Manuel Medina’s point of view. “This is why we at Seat do not only want to optimise individual, vertical processes with the help of digital technologies but intend to create horizontal synergy by connecting individual processes.”

Reading points in the loading area for real time capture

The implementation of an RFID application into the processes of the outbound distribution began at Seat in the year 2014. The goal of the initial RFID integration was to capture the tags of the freshly-manufactured cars when loading them onto freight trains and trucks as well as when leaving the factory grounds. In 2017, the existing solution was extended to the truck loading area and additional RFID reading points were installed.

With the 2017 upgrade, another seven reading points were added to the open space to allow almost seamless tracking. “When before, the real time registration of newly-vacant parking spaces was only possible for loading onto trains, this benefit is now also available for truck loadings,” explains Manuel Medina.

The extension of the RFD solution at the site was only one of four initial steps towards digitised processes that were done by the outbound logistics team, as Manuel Medina reports:

“The implementation of camera-based number plate reading devices began in 2017 at the factory entrances and, since 2018, is also done at the exits. In the first phase, the system allowed the automatic registration of trucks which were created in the IT system. At this point, the system could not meet two requirements: The database was dependent on regular and reliable updates by the suppliers, plus subcontractors could not be identified.”

The solution: The combination with the RFID system already in use enables a more fine-grained capture of car transport trucks. As soon as a truck is identified, the number plate is automatically added to the database. Therefore, there is no more dependence on information provided by logistics providers.

Paperless distribution – benefits at the supplier and the factory

Another aspect that is part of the initial four steps of the outbound logistics digitisation agenda is the introduction of a paperless distribution system at the Seat factory in Martorell. The project is currently in the conception phase.

“So far, the document transfer is almost 100 percent on paper which causes inefficiency. In the light of our digitisation ambitions, this circumstance is too slow, cumbersome, and prone to error," illustrates Manuel Medina. The truck drivers only received their documents after arriving on-site. Drivers as well as factory workers had to invest time without generating benefits for any side. Furthermore, there is no benefit derived from running and maintaining the infrastructure required for the paper-based process.

“From 2019 on, transport documents are to be sent via IT to the drivers and transportation companies even before arriving at the outbound distribution. If needed, the documents can be printed at selfservice terminals at the factory.” This eliminates time-consuming activities and contributes to smooth logistics processes.

Bringing the distribution IT up-to-date

The mainstay of the horizontal integration of the vertical fields of RFID, number plate identification, and paperless distribution is a new IT system at the new vehicle distribution at Martorell. A software project that began with first developments in 2017 allows, among other things, the combining of data and information from different areas.

“At the same time, it is now possible to provide the information not only to factory workers and other company branches but also to suppliers and service providers. The focus of the development was the creation of an entirely new level of usability, but also efficiency and web connection were improved," says Manuel Medina. A fully-digitised data management as well as the information transfer to suppliers will be a central feature after the rollout in 2019.

“Processing significantly more data from different sources of the automated processes while generating more transparency at the same time enables totally new ways to react flexibly to what is happening at the distribution," Manuel Medina is sure.

There are already many benefits for Seat’s logistics resulting from the vertical technology integration in individual subsegments.

“With the use of RFID, productivity is notably increased when vehicles have left a parking spot. When the parking location is used more effectively, the time effort and thus the financial effort and the number of damage cases is reduced," says Manuel Medina. With the systematic combination of the RFID system with the number plate identification, the loading of a vehicle train is known at any time. Therefore, damages and responsibilities can be retraced more accurately. “This also reduces insurance costs.”

Parallel IT upgrade provides the foundation for horizontal integration

The IT system in use at Seat until the update’s rollout proves to be more and more out of date. “The lucid visualisation of information in the new system not only provides an additional information benefit but also better usability," Manuel Medina is sure.

Thanks to the clear display – despite the significantly higher amount of data – and the functionality to identify links more easily, it is possible to make better decisions. The technological update not only improves internal communications, but also allows suppliers to react to requirements in a less complicated way and to comprehend decisions. Moreover, paperless distribution contributes to high information density and reduces the time drivers spend with procedures that are not part to their core task.

“I want to put special emphasis onto two points I realised during the transformation process. The first one being that the focus of digitisation benefits lies not in reducing workers but on the benefit for everybody involved. The second is that the horizontal integration of vertical processes, each individually optimised, can provide a greater increase in the benefits of digitisation, which cannot be achieved without this cross-vision of the business. Only when we combine technology, data and analysis, with a global vision of the business, and correctly focus processes, we are able to exploit the full potential of digitisation."