The integration of NFC RFID transponders in leather suits. Why?

In an interview with RFID & Wireless IoT Global, Kevin Pohl explains which NFC transponders he chose and how the small market is reacting to the tagged leather suits on offer.

An NFC tag in leather suits supports first responders at the scene of an accident.

The scooter community is networked worldwide. One of the most successful drivers from Germany is Kevin Pohl from Cologne. His career began in 2008 on the world-famous Circuit de Spa-Francorchamps. He started there at the International German Scooter Championship, the forerunner of today's European Scooter Trophy.

Kevin Pohl is German Scooter Champion, entrepreneur and Deputy RFID Production Manager at Avery Dennison. Anyone who gets into conversation with him is not bored. Racing has been part of his everyday life for over 13 years. In 2019, Pohl, who was born in Cologne, turned this sporting talent into a business idea: The integration of NFC RFID transponders in leather suits. Why? NFC transponders store personal data that can provide vital information in the event of an accident. The goal: To increase road and race-track safety.

In an interview with RFID & Wireless IoT Global, Pohl explains which NFC transponders he chose for this purpose and how the small market is reacting to the tagged leather suits on offer. 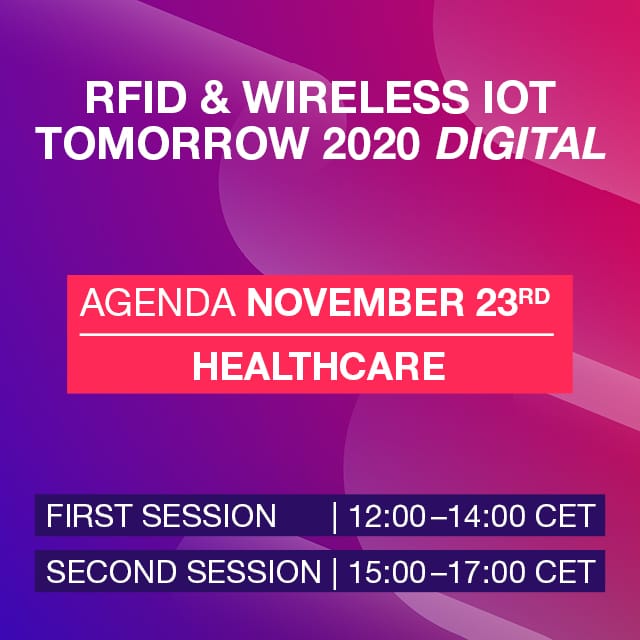 Pohl had his first professional contacts with RFID technology in 2017, when he started as a master industrial metalworker in the production of Avery Dennison (formerly Smartrac Technology Group) at the Wehnrath site. Today, as Deputy Production Manager, he is responsible for the machinery at the plant. The company produces RFID glass transponders and intrace systems, cannulas and applicators for RFID animal identification, and automotive immobilization. Avery Dennison is one of the market leaders for self-adhesive labels and specializes in a variety of other technologies. Avery Dennison is one of the leading transponder manufacturers in the RFID sector.

The work at Avery Dennison was the initial spark to use contactless technology as security features in leather suits. Pohl's team decided to use the Maxdura Disc, a disc-shaped laundry tag from the Maxdura product family in the first phase of the project. The fully encapsulated transponder has a diameter of 15 millimeters and an overall height of 2.6 millimeters. The laundry tag is suitable for high temperatures, pressure, humidity and chemical cleaning processes.

70 cubic centimeters and 170 points. Racing scooters have only little in common with motor scooters. Racing scooter drivers even have their own racing series on the major GP tracks. In 2008, Pohl scored a victory on the 'Circuit de Spa Francorchamps' kart circuit. That was his first success. This was the beginning of over ten successful years as a racing driver on two wheels. In 2012, he won the first of two championship titles in the European Scooter Trophy.

At the end of his career, Kevin Pohl switched once again to the Italian racing series 'Trofei Malossi'. The Italian national championships of Polini & Malossi are considered among scooter drivers as the unofficial world championships. At the end of September Kevin Pohl will likely contest his last race at the 'Autodromo Piero Taruffi' in Vallelunga near Rome. 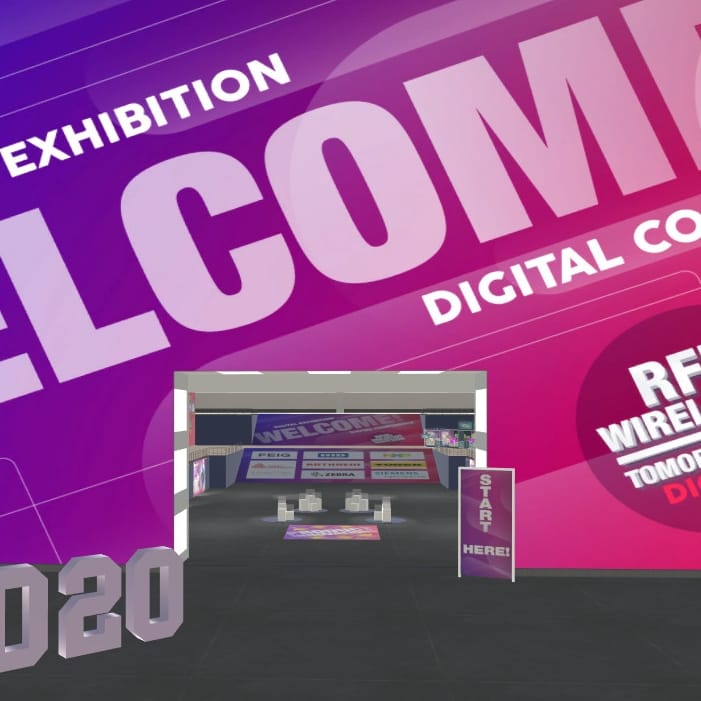 Together with his older brother Alexander Pohl, Pohl opened Mass Sports Germany, a branch of the Pakistani leather factory Mass Sports, about two years ago. The parent company was already founded in 2004 in the Asian leather stronghold Sialkot. 75 percent of all leather footballs come from Sialkot, for example.

In the meantime, Mass Sports has delivered more than 18,000 leather suits worldwide. However, Mass Sports Germany does not only focus on the distribution of protective clothing, which is still handmade in Pakistan, but also on the innovative further development and integration of technology. The innovative finishing of the leather suits takes place at the company's headquarters in Cologne", reports Pohl. “The production and laying of the individually designed parts alone take one week”.

Almost 30,000 Motorcycle Accidents Across Germany in 2019

According to statistics from the Federal Motor Transport Authority, there are 4.4 million motorcycles and 46.6 million cars on German roads. On average, six drivers per 1,000 registered motorcycles are involved in accidents. For passenger cars, the figure is five drivers. 542 motorcyclists had fatal accidents. This means that the risk of motorcyclists dying in a traffic accident is four times higher than for passengers in passenger cars.

How can Motorcyclists Protect Themselves?

The possibilities are limited. Motorcycles have no physical protection zones compared to cars. Helmet, leather suit, gloves and boots are the only components to mitigate injuries in case of a crash. Protectors made of special cold foam, which are incorporated into the leather suit, can cushion part of the impact energy in the event of a fall. Up to 14 protectors can be used in leather suits from Mass Sport Germany. "This ensures maximum safety", explains Pohl. 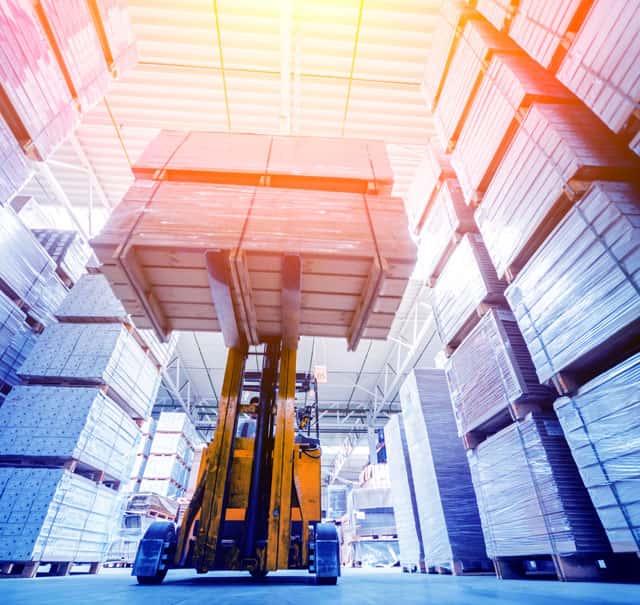 If you want to be even safer on the road, you can have an airbag system integrated into the leather suit. The airbag system protects the entire upper body, head and neck in the event of a collision. The airbag is triggered by a sensor, also integrated into the leather suit, which registers the driver's movements in real time. Optionally, the integrated sensor can be coupled with another sensor that is attached to the motorcycle fork.

The respective driving or crash situation is analyzed via the sensor data. If an accident or fall is registered via the sensor parameters, the airbag fills up within milliseconds before an impact. The combination sensor triggers the airbag within 62 milliseconds, the fork sensor within 31 milliseconds. According to Pohl, the protectors and the airbag provide the absolute maximum in terms of safety. This is precisely the point where development work began six months ago.

"What else can we develop beyond the airbag or protector components to increase safety? This was the initial question. The result: An NFC-based solution for informing first responders," Pohl reports in retrospect. "Nearly every first responder has the equipment needed to capture emergency data in his or her trouser pocket – an NFC-capable smartphone," explains Pohl, adding, "A patch with an emergency symbol on the upper arm indicates the position of the NFC transponder. The NFC tag, which will be sewn into every leather suit in the future, can be encoded with health data such as blood group, drug intolerance, allergies or previous illnesses, if desired.

Contact details of emergency contact persons can also be stored. In the test phase, the data is stored on a web server. In the final version, all information is stored directly on the internal memory of the NFC chip. There are two reasons for this. "Firstly, a stable mobile phone connection to retrieve data from the web is not always available where accidents happen. Secondly, optimal data protection is guaranteed if the data is not stored centrally," says Pohl.

Technology: Why a Laundry Tag?

The disc-shaped laundry tag from the 'Maxdura' product family is a fully encapsulated transponder with a diameter of 15 millimeters and an overall height of 2.6 millimeters. Maxdura Disc, featuring an EM4237 SLIC IC, is suitable for high temperatures, pressure, humidity and chemical cleaning processes. "Motorcyclists are on the road in all kinds of weather conditions. Rain and sun affect the leather materials. Some drivers also clean their suits in their home bathtub with chemical care products," explains Pohl. The tag must therefore be able to withstand considerable stress.

Feedback from the Scene

Pohl sees the greatest challenge in informing the general public about the functionality. "The most innovative idea does not bring any safety gain if no first responder knows that it exists. That's why we will be doing a lot of educational work through various channels and networks".

The solution is not only suitable for improving safety on public roads – but is also effective on race tracks. Racetrack operators are in favor of the tag solution because even during a race, medical personnel do not have all the data of the drivers quickly on hand. The NFC solution can support the necessary first-aid measures directly at the scene of the accident and enables quick procedures. It is precisely this speed and transparency that can be crucial".