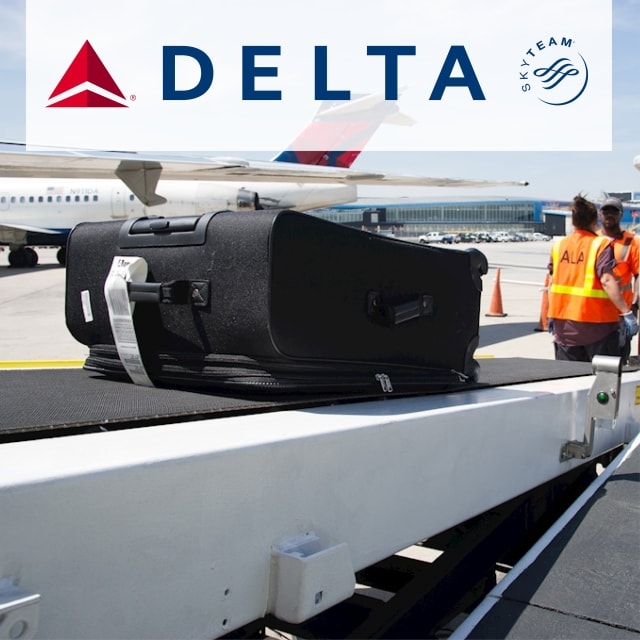 An everyday scenario in global air traffic: The passenger stands at the baggage claim and waits unsuccessfully for his suitcase, only to find out later at the service counter that his luggage is on its way to Los Angeles and not in New York, like him. The passenger is displeased and the additional costs for reacquisition or replacement for the airline are on average 100 US dollars.

With double-digit millions of "mishandled bags", the aviation industry incurs billions in costs every year.

Reason enough for aviation companies like Delta Air Lines to to incorporate innovations that reduce the number of "mishandled bags" – and thus the costs.

SITA's 2019 Baggage IT Insights study shows that the total number of incorrectly carried baggage items has dropped by 47 percent over the past ten years, from 46.9 million in 2007 to 24.8 million in 2018. The costs incurred by "mishandled bags" fell by 43 percent to 2.4 billion dollars in the same period.

More than $2 billion Dollars continues to be a strong influence for airlines to incorporate technologies and solutions that further reduce costs and effort.

At the passenger's baggage check-in, each individual piece of luggage is marked with an RFID baggage label at 344 Delta stations worldwide.

RFID readers and antennas installed on the baggage handling systems record each piece of baggage. Baggage control is automated and the certainty that the suitcase is transported to the according aircraft is increased.

In order to globally track luggage tagged with RFID-Baggage-Tags, Delta engineering teams have deployed a total of 4,600 Handhelds, 3,800 RFID baggage tag printers and 600 RFID reading systems along baggage conveyors worldwide as part of the initial rollout. In addition, a total of 1,500 baggage conveyor belts with integrated sensor technology are distributed across the 84 most important stations worldwide, signaling a green light when a planned piece of baggage is loaded according to a traffic light scheme.

Europe-Wide Tracking of Seed Bags with UHF RFID
Omnichannel Innovation with RFID and QR Code in Fashion Retail
RFID-tagged Hazardous Goods Containers at Chemion
Pump Production at Hermetic with RFID E-Kanban
Transforming the Sake Supply Chain with UHF RFID
Wireless Data Acquisition in Cycling
Reverse Logistics with RFID and RTLS
2,000 UHF readers track 3,000 trolleys in Aarhus hospital
Nationwide UHF RFID Vehicle Identification in the Philippines
Shrinkage Reduction via Laundry Pool System with RFID
Bed preparation time reduced by 40% with BLE
RFID Tagging of Fashion Items
The German Magazine for RFID & Wireless IoT
The English Magazine
The Biggest RFID & wireless IoT Event in Europe
Get in Touch
Brochure
Cookies are necessary to provide you with our services. By continuing your visit on the website, you consent to the use of cookies.
More information Ok