Apulsetech Active in RFID Projects Throughout the World!

Having been officially founded in 2019, the young company, headquartered in Gwangmyeong, near Seoul, is by no means lacking in experience. CEO, N.J. Kim has been active in the field of RFID for more than 20 years. Apulesetech works with a tight-knit team, that is pushing forward with product development despite the effects of the Covid-19 pandemic.

The main key value at Apulsetech is to ensure that the products are suitable for customers in terms of accessibility, usability, design, and performance.

As Christy Cho states, “Our customers can rely on high product quality and performance. RFID handheld readers, which are very close to the users, should have a high performance, a unique design, an easily adjustable RFID reading range, and should be easy to use. All these elements are combined in all our products.” 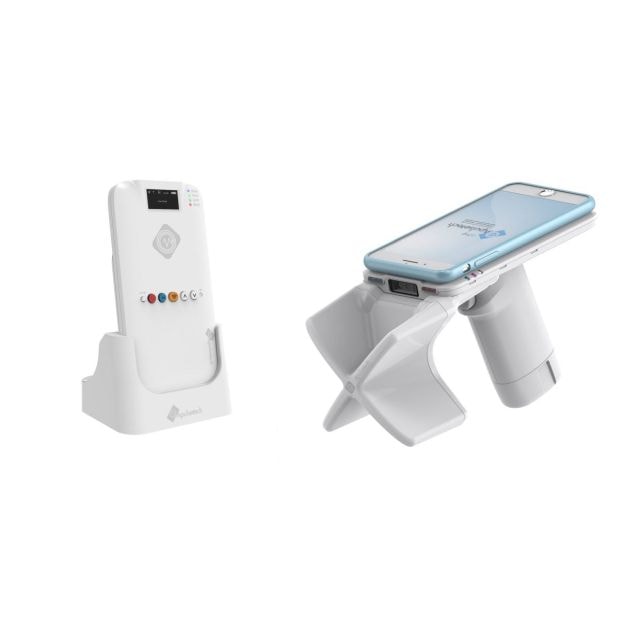 The α711 RFID Mobile Reader was released in 2020 for projects in logistics and asset management. A new model was provided for several projects in South Korea last year that resulted in successful rollouts.

Samsung is currently using the α711 for the tracking of valuable assets in combination with the Samsung smartphone. As Christy Cho elaborates, “Our α711 RFID readers were selected by Samsung for their asset tracking project. The α711 met all project requirements and now, over 160 units have been implemented for the first project phase.” Samsung plans to expand this project to other plants locally and overseas in 2021.

The South Korean Education Office has been planning to control and trace school assets via RFID for quite some time. The first step towards the realization of this goal was made in 2020 with Apulsetech's α711 RFID Reader. In addition to this project, both the α711 and α811 have been considered and selected as the reader of choice for a construction site project in South Korea.

Both readers are used for the management of spool pipes at the construction site – the α711 has already been implemented in the pilot phase. The project aims to expand and enlarge large construction sites of major companies both in South Korea and abroad. “So far, supplying contracts have been made with Saudi Arabia and Mexico, but we are expecting more to follow soon,” reports Christy Cho. 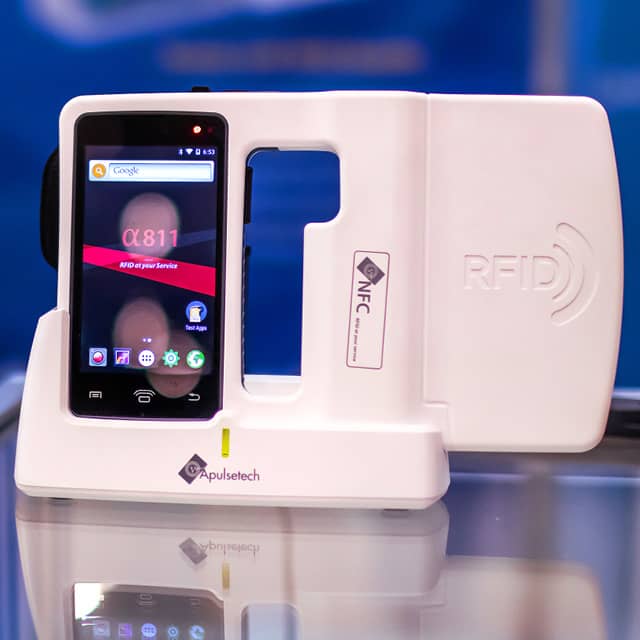 Applications of the RFID Handheld Readers, like the α811, include distribution, rental & stock management, and warehouse management. RFID handheld readers provides fast and accurate RFID data at long distances – this is suitable for applications in distribution where speed, visibility and inventory accuracy is required. The management of high-value rental items like vehicles can be monitored, controlled and tracked via an RFID system.

Handheld readers provide users with a complete overview of asset data – this includes when the asset was rented, where and the drop off location. The entire history of the asset is visible thanks to the handheld reader. The realization of a wireless warehouse is possible with RFID technology. Warehouse workers are linked to the back-end warehouse management application server. Here, warehouse activities can be recorded via wireless RFID handheld devices. 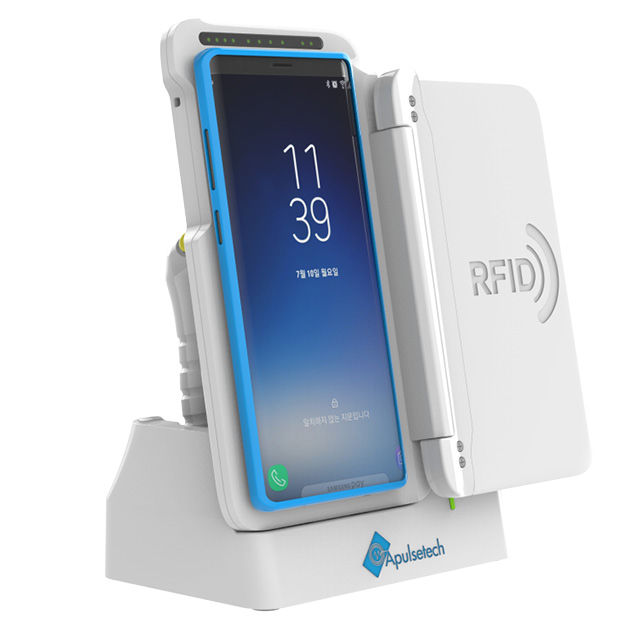 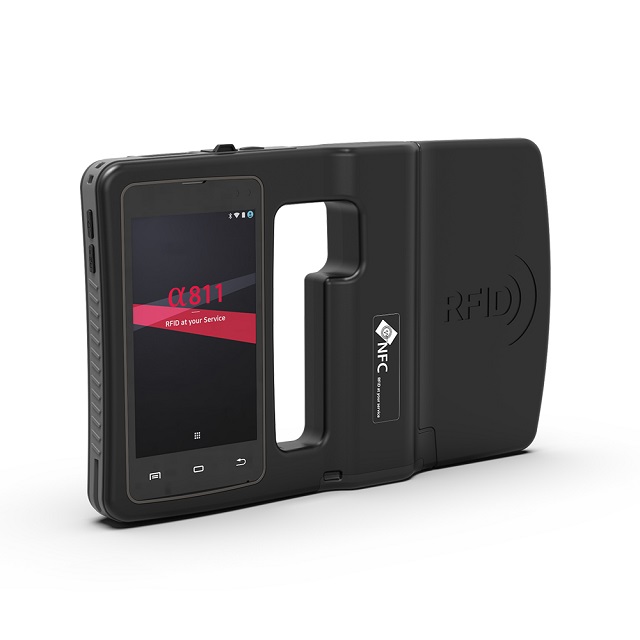 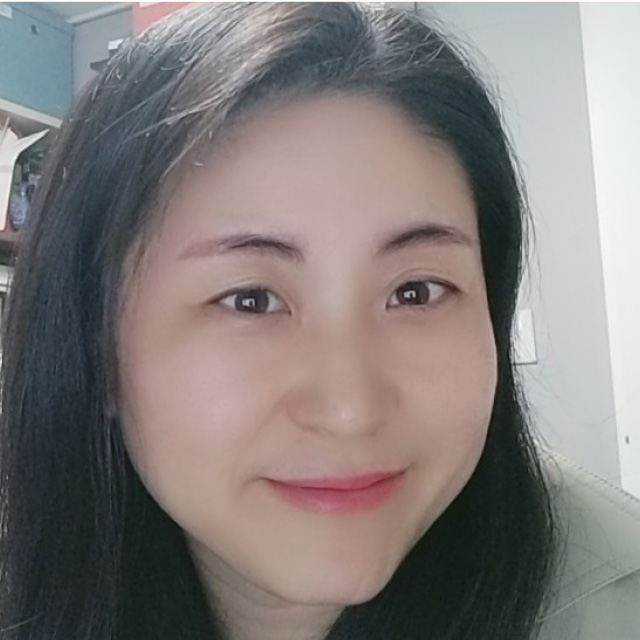 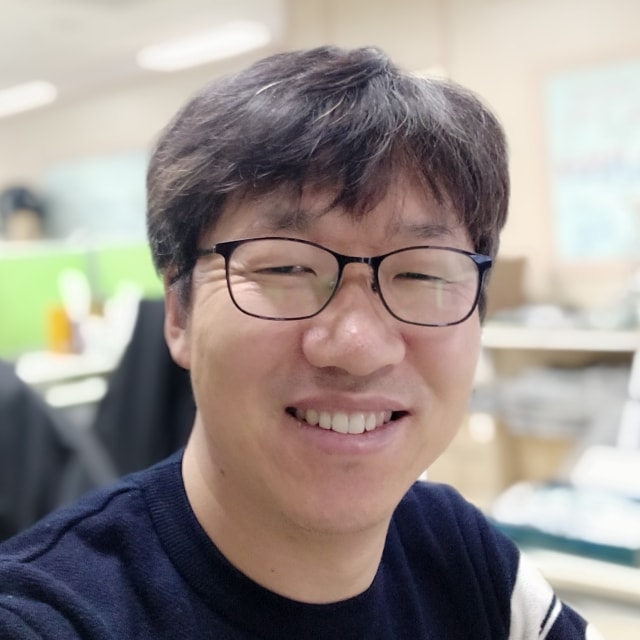 Robin Jang
CTO
Gyeonggi-do, Republic of Korea
The German Magazine for RFID & Wireless IoT
The English Magazine
The Biggest RFID & wireless IoT Event in Europe
Get in Touch
Brochure
Cookies are necessary to provide you with our services. By continuing your visit on the website, you consent to the use of cookies.
More information Ok